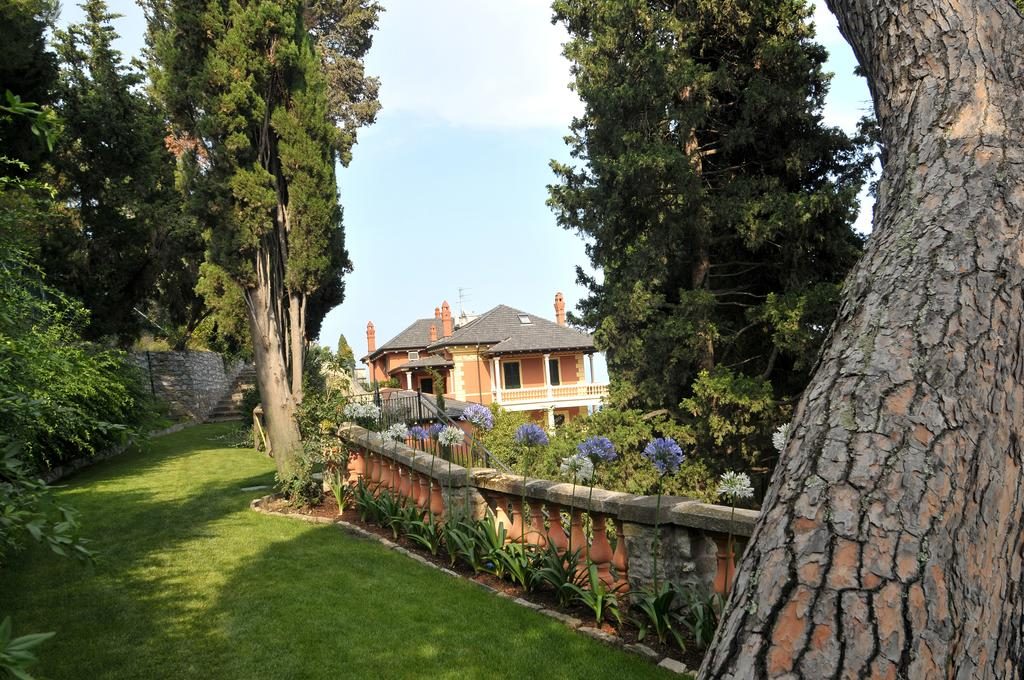 The history of the villa is inextricably related to the birth of the winter English resort at Alassio. In 1875 two Scotish gentlemen, George Henderson Gibb and the General William Montagu Scott McMurdo, were the first Britsh along with their families to pass the entire winter season in Alassio and to purchase the land for the construction of the villa.

The first building to be built by the Gen. McMurdo on his land was not the current Villa della Pergola but its dependance, the villino della Pergola, that at the time of the construction was called Casa Napier. The Villino, even more than the Pergola, reflects the taste and the experience of its creator: the villa in fact was designed according to the canons and the Anglo-Indian taste, that is the achitectural style loved by the English that lived most of their lives in India as soldiers, civil servants or businessmen. Built on three levels, the building was equipped with wide verandas and pergolas that recall the English houses built in those years in India and in Malesia for the officials of the British Empire.

Afterwards it was bought by the Hanbury family who gave an extraordinary impetus to the completion of the garden of the Villa, greatly increasing the of esotic species importated from the botanic garden of the Mortola. Currently the propriety has been completely renovated and converted into a luxurious Relais and it’s particularly indicated for receptions and events. This structure can be be used both outdoor and indoor and it is provided with luxury suites for overnight guests.