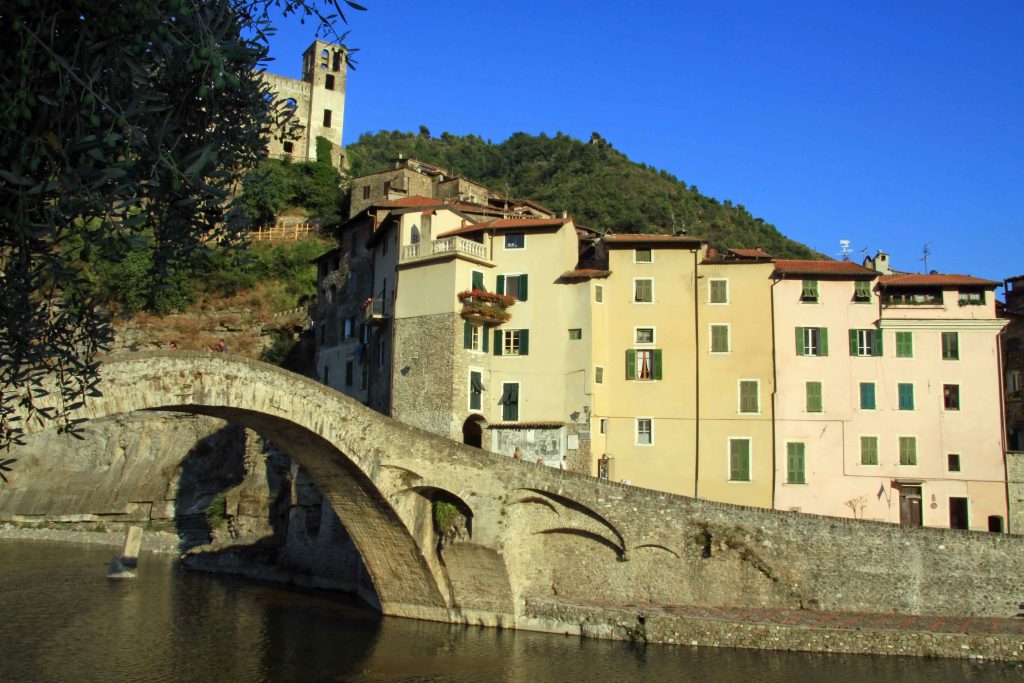 Getting married in an Italian castle

It’s a village with an ancient history, placed at the end of the Nervia Valley, not far from the French Border, it is divided into two parts, bonded through a medieval bridge. The most ancient one, made of tall and tight houses faced on the windy roads uphill, is placed around the base of the monumental castle of the Doria family. The spectacular scene consisting in the castle and the bridge has been portrayed by Monet during his stay in the Riviera. The more leveled and open side of the village hosts handcrafting shops, typical restaurants and scented cellars where it is possible to sample the Rossese, typical local red wine.

The Doria Castle of Dolceacqua was built during the 15th Century and for a long time it has been connected with the events of the ancient Doria family. Recently restored, it is property of the Town Hall of Dolceacqua, which has allowed some halls, rooms and an empty internal area to be available for events and celebrations. At the top there’s the Crystal room, modernly equipped for congresses and reviews.